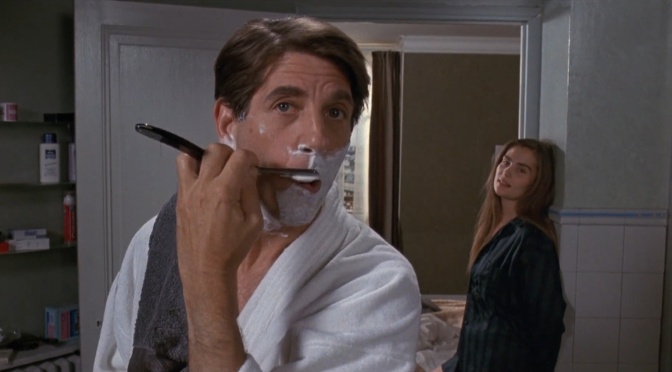 There are Nivea Visage cleansing milk and toner in Oscar and Mimi’s bathroom.

I couldn’t find any pictures of them, but the bottle was very similar to this one. I remember the toner bottle was made of matte plastic. 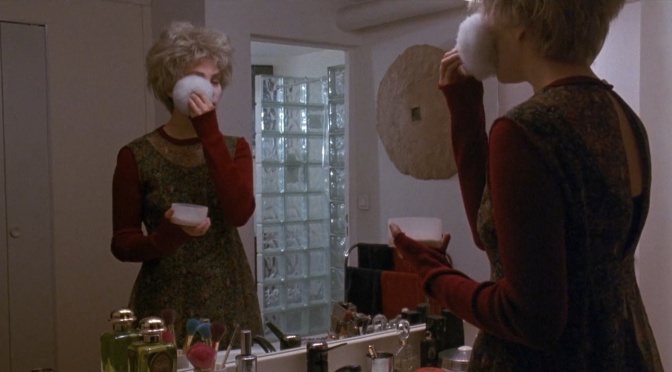 When Mimi (Emmanuelle Seigner) follows Oscar at a house party after their break-up, she’s wearing a drab dress and looks very depressed. He mocks her by advising to put some make-up on. She follows the advice by powdering her face.

In the bathroom where Mimi powders her face there are three great perfumes. The first on the left is Hermès Calèche, created by Guy Robert and launched in 1961.

The bottle with drop-shaped stopper is Van Cleef & Arpels First, created by Jean-Claude Ellena and launched in 1976.

Last, Caron Nocturnes de Caron in the fascinating black bottle with round glass stopper. This floral perfume, created by Gerard Lefort, was launched in 1981. 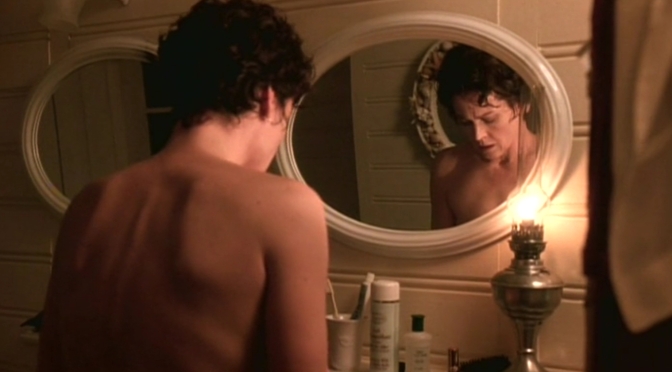 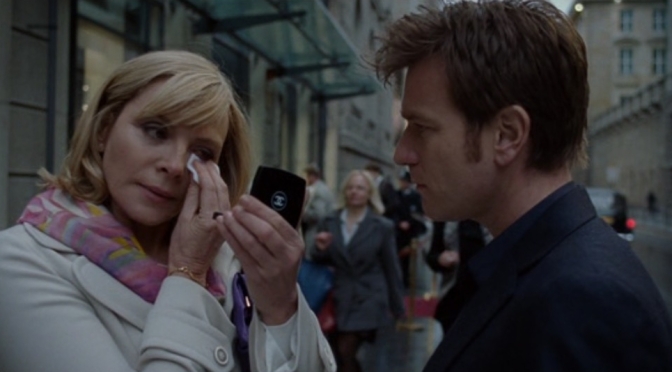 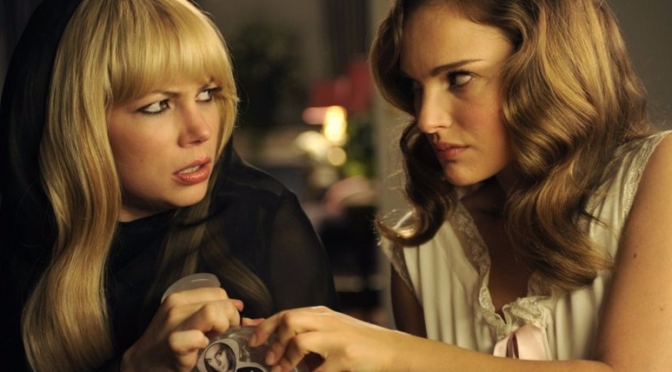 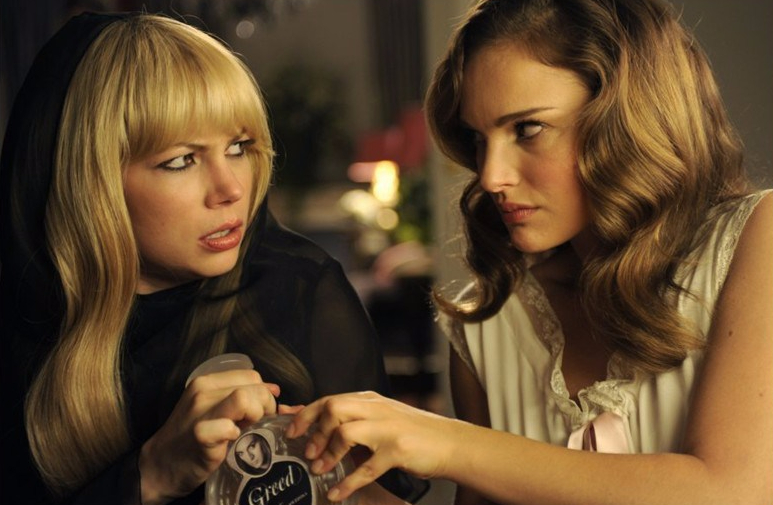 In 2009 Roman Polanski directed the (fake) commercial for a (fake) perfume: Greed by Francesco Vezzoli. Michelle Williams and Natalie Portman are the stars of the short movie as two women literally fighting for Greed. 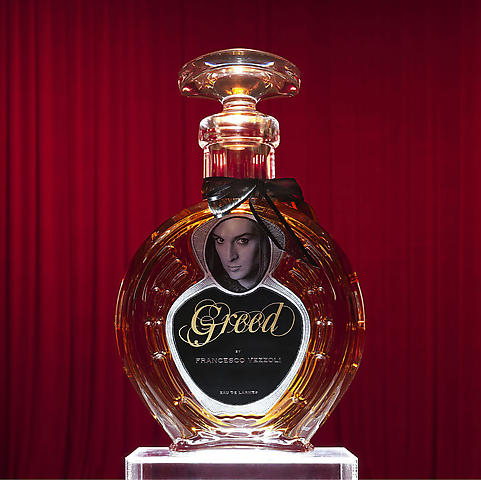 The centre of the art installation held at the Gagosian Gallery in Rome was the “perfume that doesn’t exist”, whose bottle has a peculiar story. Vezzoli took inspiration from Belle Haleine: Eau de Voilette, the fake perfume created by Marcel Duchamp in 1921 using a Rigaud perfume bottle. Duchamp appeared on the perfume bottle label as Rrose Sélavy, photographed by Man Ray and Vezzoli did the same, photographed by Francesco Scavullo. 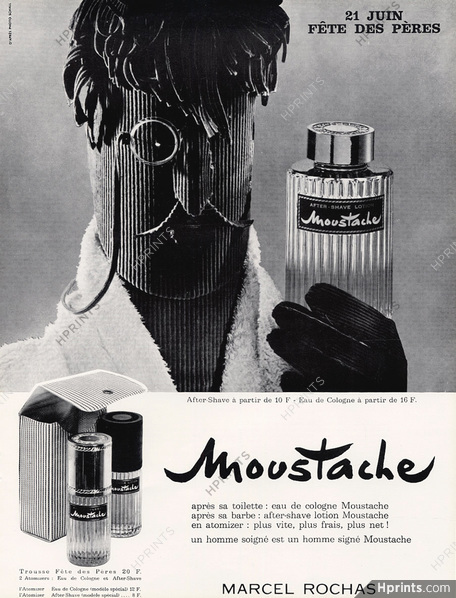 This picture of Sharon Tate and Roman Polanski was taken by Bill Ray in London in 1968. On the bathroom shelf I can see some Erno Laszlo products (among which a jar of pHelityl Cream) and a Revlon nail polish. There are also Rochas Moustache and La Bottega Vetiver colognes.

Thanks to Showtimesynergy in the comments for the Rochas id. 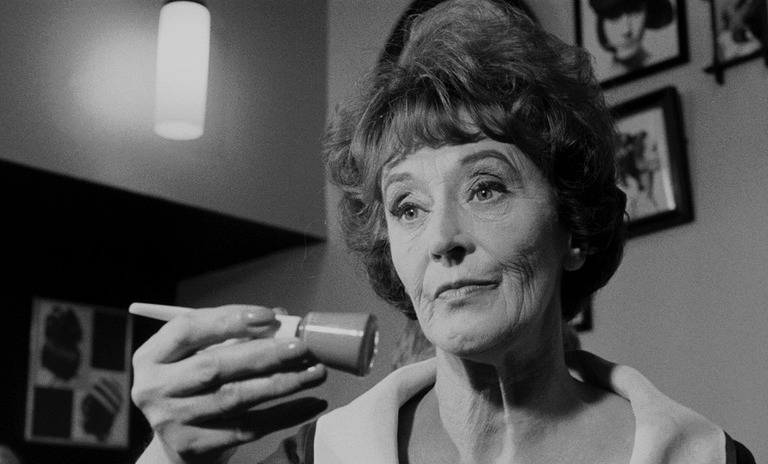 “Go get the blow-dryer. And the Kouros. It’s in the bathroom cabinet with the sheets.”

There’s a mystery surrounding the men’s cologne mentioned in Roman Polanski’s Carnage. “Kouros” should refer to the Yves Saint Laurent aromatic fougere fragrance created by Pierre Bourdon and launched in 1981, but the bottle seen in the film is different. Moreover, later in the movie the cologne is referred to with a different name (“That smell of Kronos is killing me!”, says Penelope), and this adds more mystery to the matter.

[Post updated in May 2015] Now I can finally say the mystery has been solved. Thanks to the invaluable help of Claire, a reader of this blog, we can give an identity to the bottle: it was created by Ateliers Dinand for the film. The Parisian design studio, which has created some of the most famous perfume bottles (including Vera Wang Princess, Dolce & Gabbana, several Mona Di Orio perfumes and the new version of Yves Saint Laurent Opium), came up with a sleek bottle and a box whose pattern reminds me of Andrè Courréges logo. 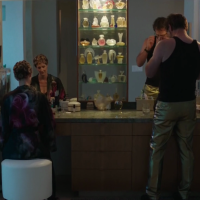 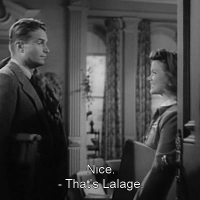