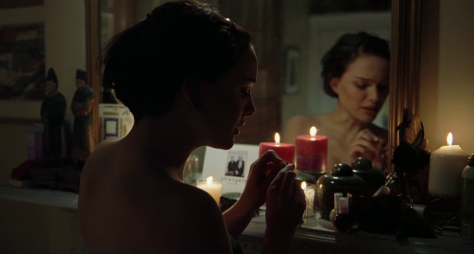 There are two Bath & Body Works Color Drops nail polish bottles on the mantelpiece in Alice’s bedroom. I’m pretty sure the dark shade is Raisin.

In 2009 Roman Polanski directed the (fake) commercial for a (fake) perfume: Greed by Francesco Vezzoli. Michelle Williams and Natalie Portman are the stars of the short movie as two women literally fighting for Greed.

The centre of the art installation held at the Gagosian Gallery in Rome was the “perfume that doesn’t exist”, whose bottle has a peculiar story. Vezzoli took inspiration from Belle Haleine: Eau de Voilette, the fake perfume created by Marcel Duchamp in 1921 using a Rigaud perfume bottle. Duchamp appeared on the perfume bottle label as Rrose Sélavy, photographed by Man Ray and Vezzoli did the same, photographed by Francesco Scavullo. 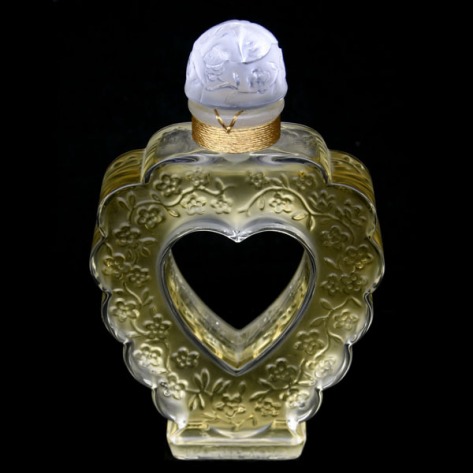 There are two Nina Ricci perfumes on Jackie Kennedy’s dressing table in her bedroom at the White House. On the left there’s L’air du temps, created by Francis Fabron and launched after the WWII, in 1948. On the right there’s Coeur Joie, a white floral perfume, created by Germaine Cellier and launched in 1946; the cut-out heart-shaped bottle was designed by Marc Lalique.

Thanks to PaleBlueMoon for the L’air du temps id. 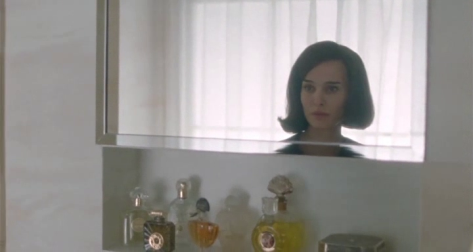 There are four Guerlain perfumes in Jackie Kennedy’s bathroom at the White House. 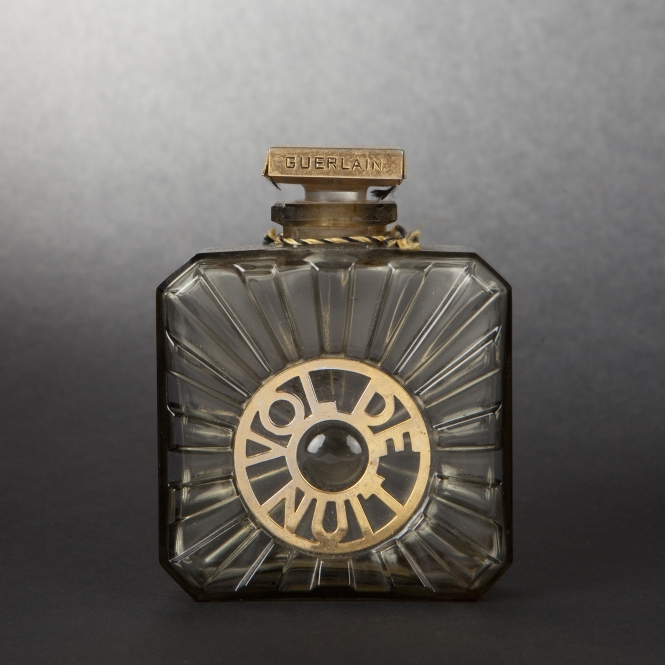 From left to right: the flacon bouchon coeur of Mitsouko, the flacon rayonnant of Vol de Nuit, a flacon abeille and the flacon chauve souris for Shalimar. 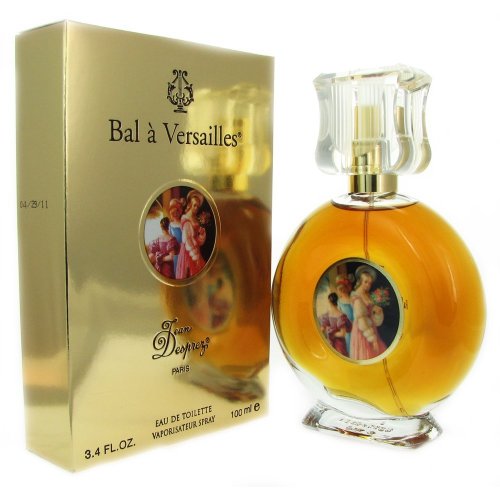 Next to them, a bottle of Bal à Versailles by Jean Desprez can be seen.

I’m sorry to say that the choice of the bottles is lazy and inaccurate. Take Mitsouko, for example: the spray version of this bottle came out in 1995, not in the 1960s. The same can be said for the flacon abeille, a spray version of which was launched in 1992. Why didn’t the prop master use original bottles? Such a disappointment for an Oscar-nominated film!

Thanks to my Instagram friend Mustapha for the id.

There’s a bottle of Guerlain Jicky on Jackie Kennedy’s dressing table in her bedroom at the White House. This is the flacon quadrilobe with the etiquette laurier, first created in 1908 for the perfume Rue de la Paix. 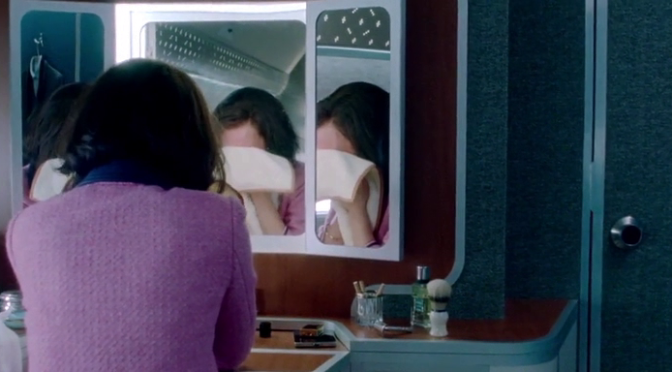 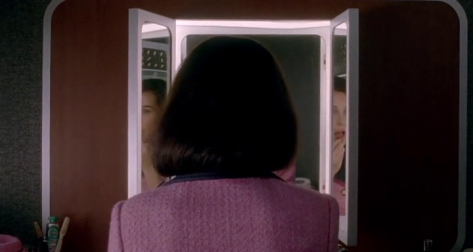 While Jacqueline and John Kennedy are flying to Dallas on the Air Force One, the First Lady puts her lipstick on. In this scene, a tube of Marvis toothpaste in Classic Strong Mint can be seen in a glass by the washbasin. 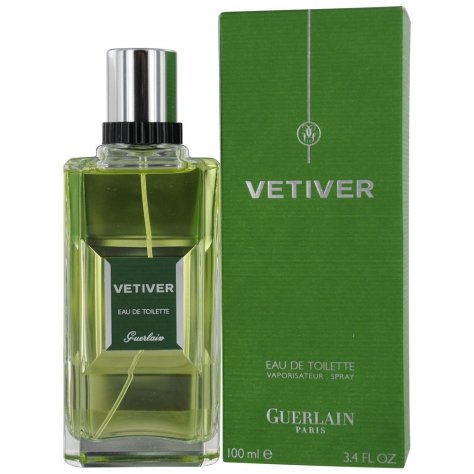 On the way back to Washington D. C., another scene is set in the presidential plane’s restroom: Jackie is washing her husband’s blood off her face. In this case, a bottle of Guerlain Vetiver can be seen on the countertop on the right. This perfume, created by Jean-Paul Guerlain and launched in 1959, is here shown in the “travel bottle” with silver metal cap and black rim.

Thanks to my Instagram friend Mustapha for the id. 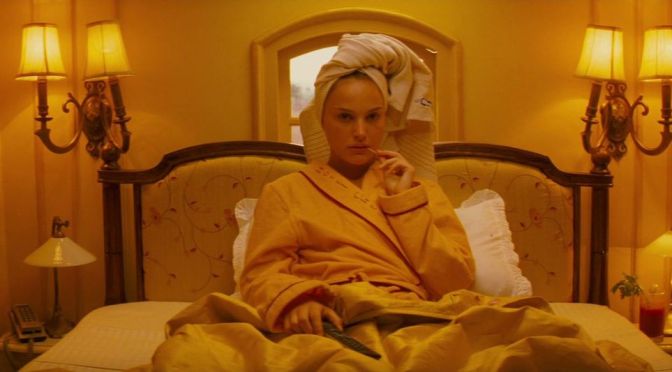 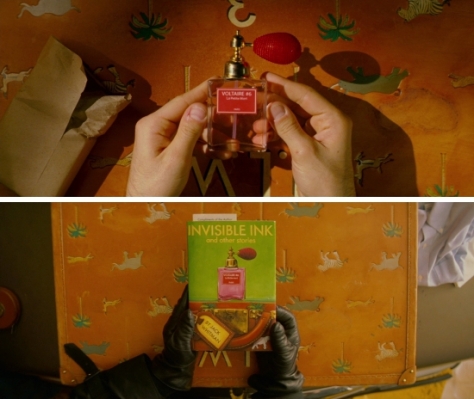 Voltaire #6 La Petite Mort is a fictitious perfume. Its bottle also appears on the cover of Invisible Ink and Other Stories by Jack Whitman (one of the protagonists of The Darjeeling Limited).

There are two products on Nina Sawyer’s tub – a bottle of VO5 Strawberries and Cream shampoo and a bottle of Lucky Super Soft cucumber & aloe bubble bath.

Thanks to my reader Lively Liv for the shampoo id. 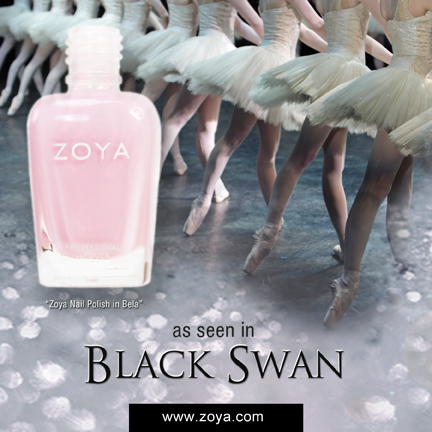 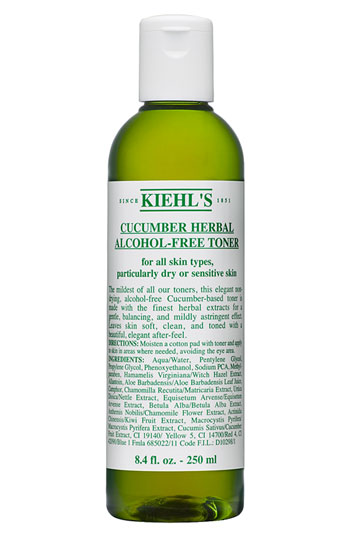