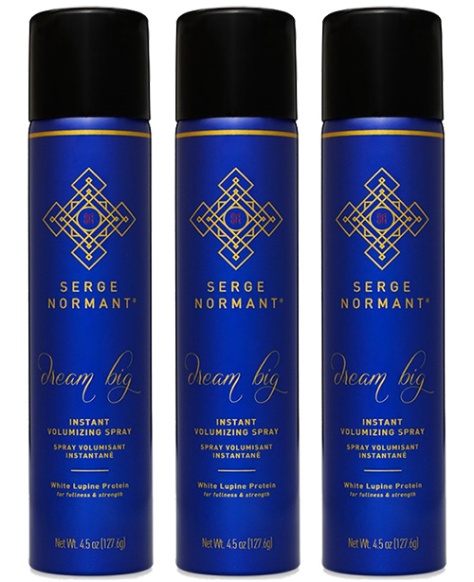 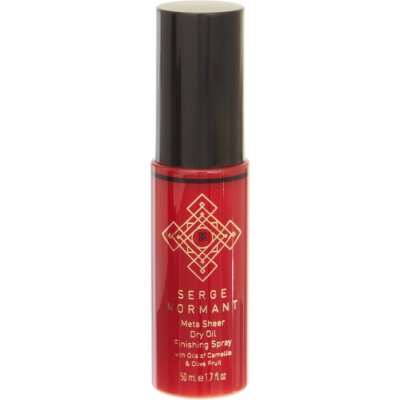 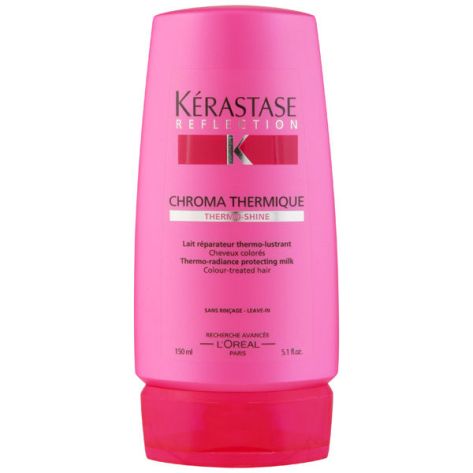 Some days ago Sarah Jessica Parker posted an interesting picture on her Instagram account, along with the comment: “The necessary tools. It’s work, I swear. X sj PS I am not her without you @sergenormant”. I think it’s clear the third Sex and the City movie is on its way, right? Am I the only one who thinks “her” refers to Carrie Bradshaw? Or was she only speaking about her public persona? Mandy Lyons was the hair-stylist of the actress in the show and in the movies, but Normant is the hair guru behind Parker‘s trademark tousled hair; he’s given his name to a haircare line, some products of which can be seen in the picture above.

I’ve spotted Dream Big instant volumizing spray (the blue can), Meta Revive dry shampoo with cedar bark and and Meta Sheer dry oil finishing spray. There’s also a Kérastase product, Chroma Termique, a thermo-radiance protecting milk for colour-treated hair. SJP (and probably Normant too) has been a Kérastase fan since Sex and the City: in an episode from the 6th season you can see a bottle of Nutri-Sculpt serum in Carrie’s bathroom. As a matter of fact, the American actress often asked Sex and the City prop masters to make her favourite beauty products appear in the show… But more about this in an upcoming post 😉 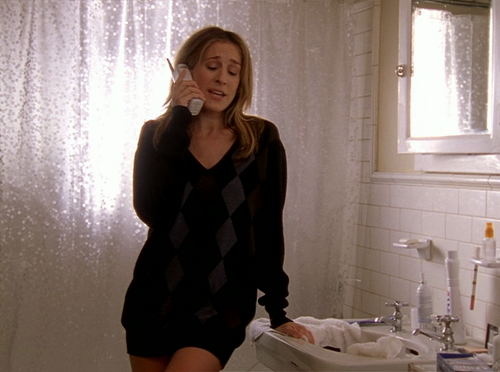 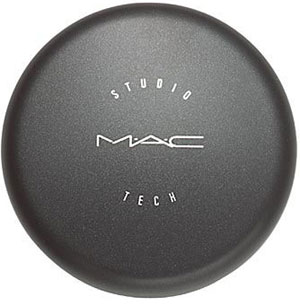 Thanks to my reader K. for the hair conditioner id.