After much toiling and suffering, the big break arrives for Elektra (Dominique Jackson), who finally gets to live the dream of a lifetime – living in luxury. The perfumes on her elegant dressing table reinforce the idea.

Maybe a bit predictable, but a glossy black refillable atomiser of Chanel No. 5 never fails to impress.

The second fragrance, in the small black bottle, is much less mainstream. It’s the original version of Shiseido Zen eau de cologne, created by Josephine Catapano and first launched in 1964. The bottle, beautifully decorated by gold flowers, has an elegant shape, characteristic of Shiseido bottles from the 1960s/1990s. 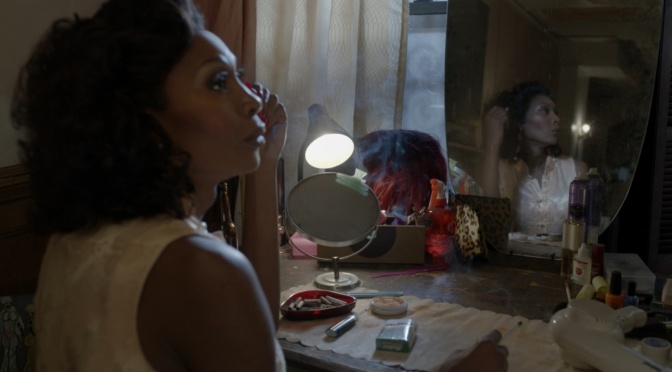 In this episode we’re brought back to 1983, when Elektra (Dominique Jackson) is trying hard to achieve her goals and to help her three daughters (Blanca, Candy and Lulu). They share a dingy flat, but this doesn’t let Elektra down: it probably gives her a reason to fight and improve her condition.

The deep connection between Elektra and perfumes is nothing new: she name-dropped Caron Poivre in Season 1 and I spotted Givenchy Ysatis on her dressing table in Season 2. I’m glad we get to know her better through another perfume.

In the early 1980s she wears White Linen by Estee Lauder, a floral aldehydic fragrance created by Sophia Grojsman and launched in 1978.

In 1983 this was the advert of the perfume: model Karen Graham, portrayed by Victor Skrebneski, was wearing a chic white outfit with blue details and looked relaxed in an elegant mansion. The imagery conjured here is so different from the world of Elektra, but it represents a goal to reach – money, luxury, comfort.

Let’s take a moment to appreciate this screenshot: Elektra Wintour (Dominique Jackson) is gracing us with a rare smile and gives us the chance to get a closer look at her vanity.

The small bottle on it is one of the greatest perfumes of the 1980s, Givenchy Ysatis, an “opulent fragrance that smells like luxury” [1]. Created by Dominique Ropion and launched in 1984, it’s simply perfect for a fierce and unapologetic character like Elektra.

[1] As reported on Fragrantica. I can’t think of a better description.

There’s a flacon montre of Guerlain Shalimar cologne in the dressing room of the club where Candy works as pole dancer. 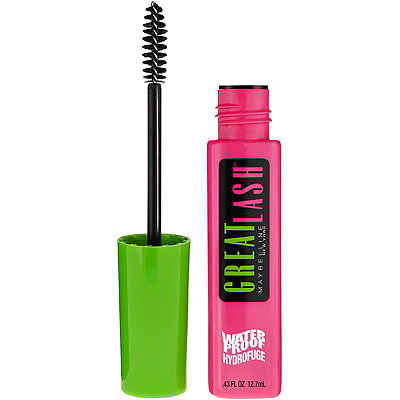 The most important ball of the year is about to start and Elektra (Dominique Jackson) retouches Blanca’s make-up by using Maybelline Great Lash mascara. 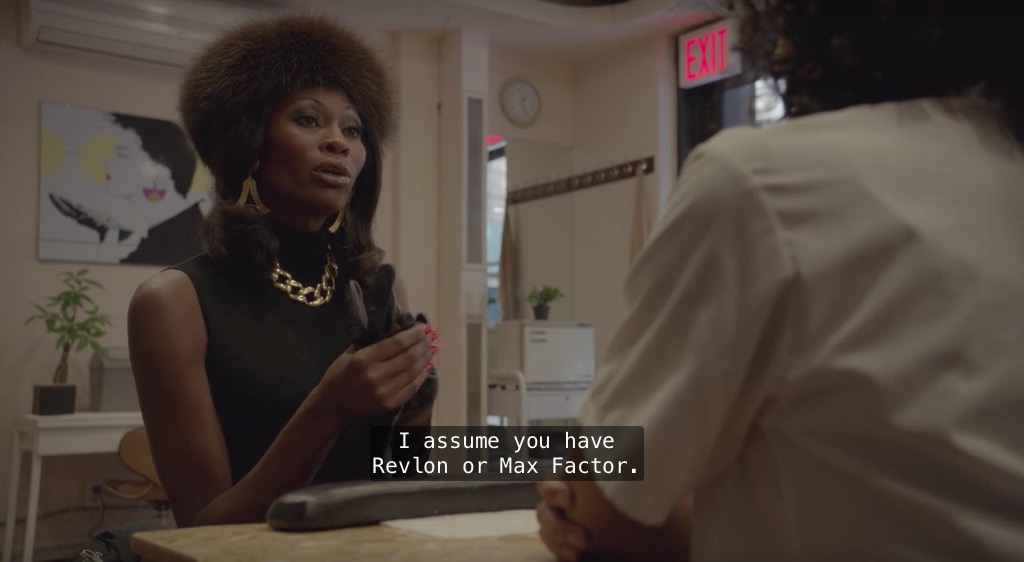 When Elektra Abundance (Dominique Jackson) visits the nail salon where Blanca (MJ Rodriguez) works, it’s clear she’s not interested in getting a manicure. She asks for a top coat on her already done nails, and she soon points out her likes and dislikes. 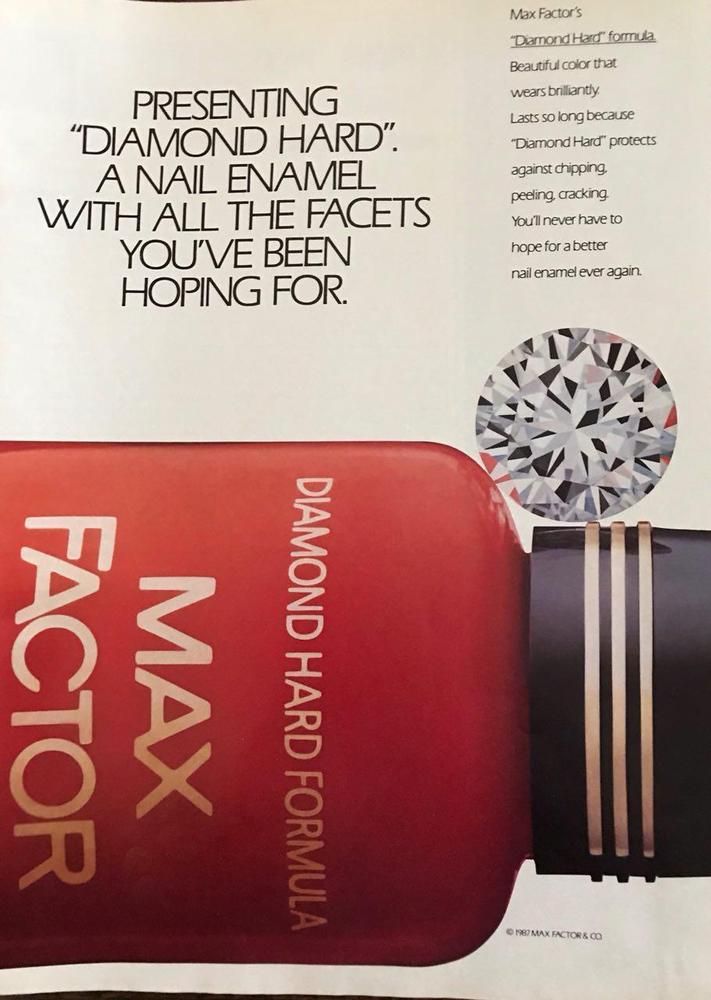 She likes Revlon and Max Factor nail polishes. In the adverts above (both from 1987), you can see the design these brands had for their nail varnish bottles. 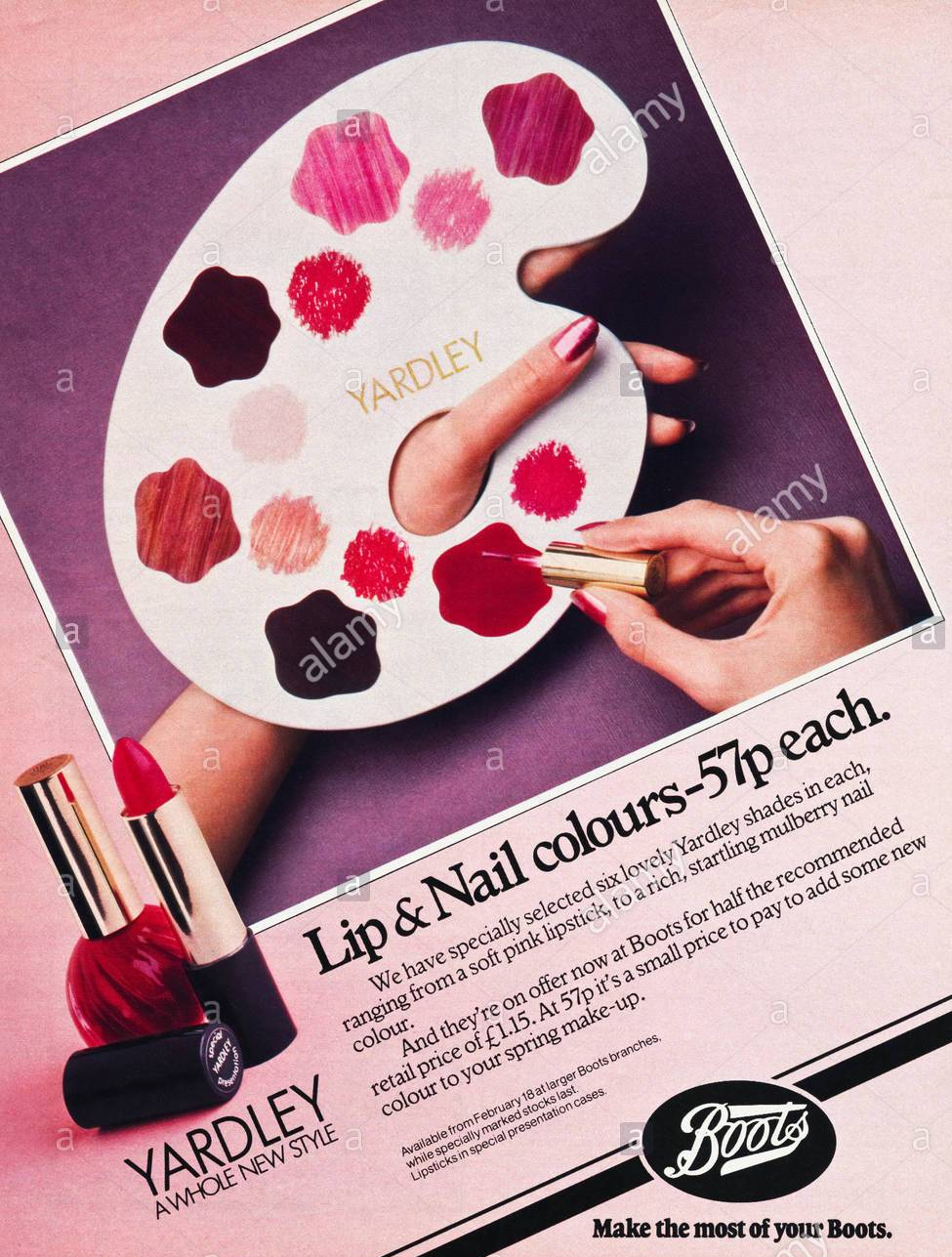 She totally dislikes Yardley, the British brand founded in 1770 which was incredibly successful in the 1960s and 1970s, but lost its appeal in the 1980s. 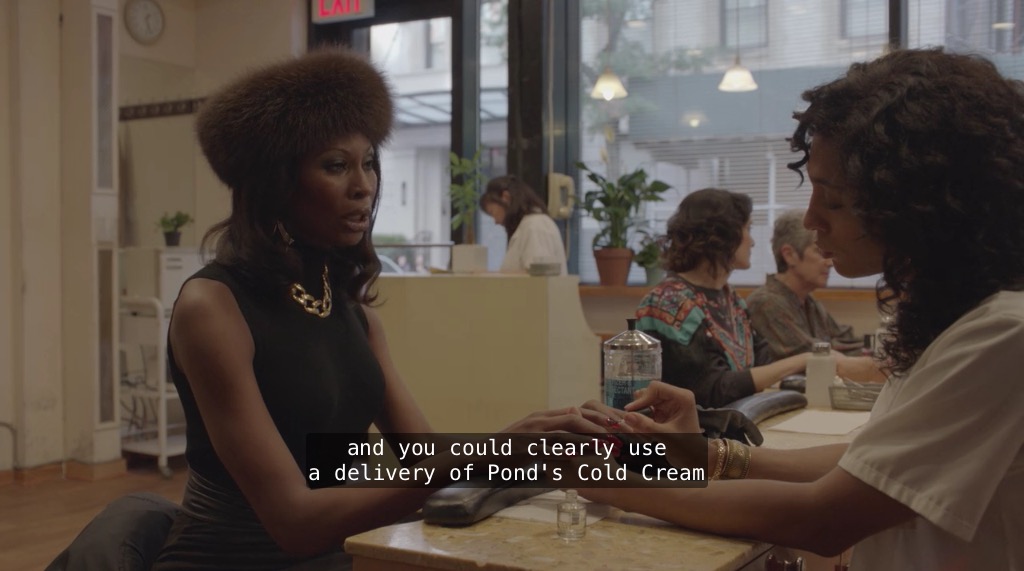 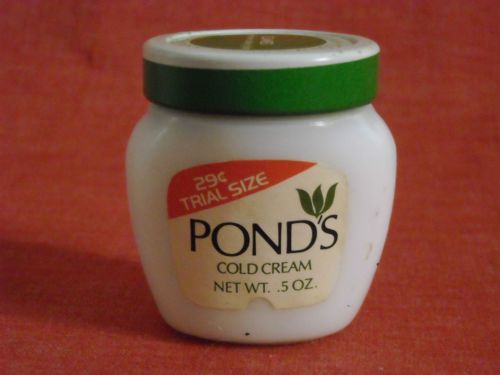 She’s not done with Blanca: her former daughter should take better care of herself and her “ashy complexion” by using Pond’s cold cream.

In the screencap above we can see a jar of Barbicide disinfectant on Blanca’s working station. 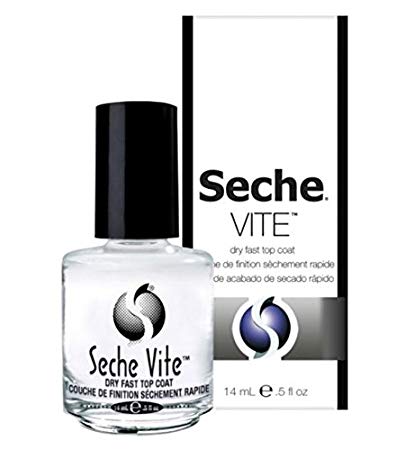 In the meantime, Blanca is applying the top coat Elektra has asked for. It’s by Seche Vite, even if this product didn’t exist in 1987 (the brand was founded in 1991).

When Blanca puts away the top coat, we can see a display of OPI nail polishes. This is historically incorrect, since the American brand, founded in 1981, expanded its portfolio to nail lacquers in 1989, not in 1987. 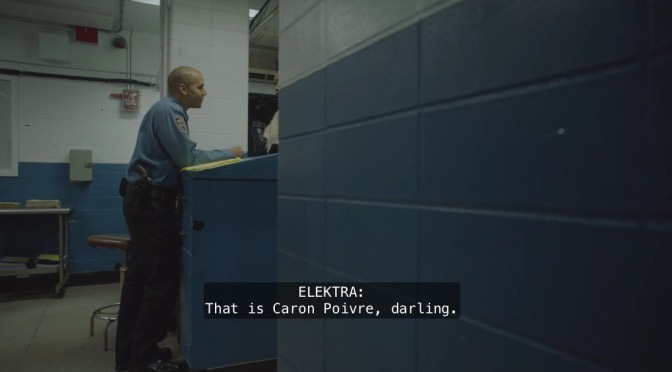 Elektra Abundance (Dominique Jackson) likes flaunting her luxurious lifestyle and when she goes to bail Blanca out of jail, she reinforces this attitude. She charms a police officer who’s interested in her perfume: she explains it’s Caron Poivre, a very expensive perfume that an ordinary police officer has obviously never smelt before.

This is an unusual choice: Poivre is not among the classic powerhouse fragrances which ruled the 1980s, so it tells a lot about Elektra’s lifestyle. Created by Michel Morsetti and launched in 1954, the fragrance is named after its dominant note (pepper). It was originally advertised as “the dream fragrance for furs” [1], so it sounds perfect for a woman like Elektra who often wears furs.

[1] Probably the most famous fragrances “for furs” were created in 1928 by Claude Fraysse for Parfums Weil – Chinchilla Royal, Hermine, Une Fleur pour Fourrure and Zibeline. As a matter of fact, the perfume house’s founder, Marcel Weil, owned a famous furs atelier, Fourrures Weil. 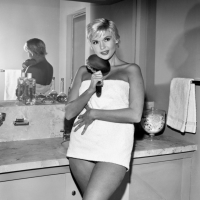 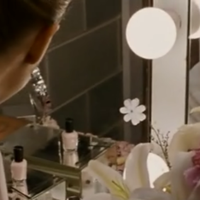