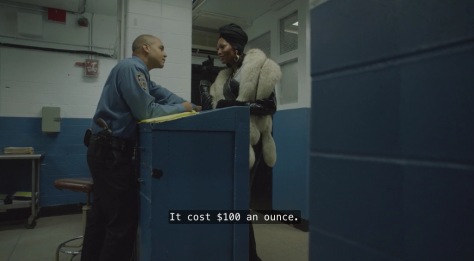 Elektra Abundance (Dominique Jackson) likes flaunting her luxurious lifestyle and when she goes to bail Blanca out of jail, she reinforces this attitude. She charms a police officer who’s interested in her perfume: she explains it’s Caron Poivre, a very expensive perfume that an ordinary police officer has obviously never smelt before. 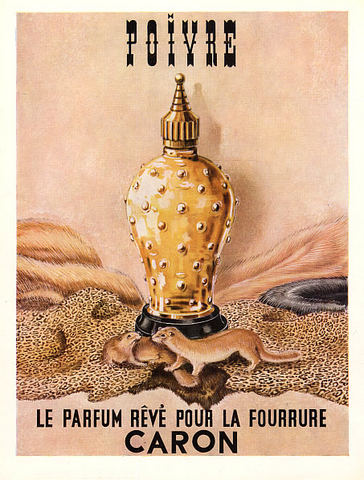 This is an unusual choice: Poivre is not among the classic powerhouse fragrances which ruled the 1980s, so it tells a lot about Elektra’s lifestyle. Created by Michel Morsetti and launched in 1954, the fragrance is named after its dominant note (pepper). It was originally advertised as “the dream fragrance for furs” [1], so it sounds perfect for a woman like Elektra who often wears furs.

[1] Probably the most famous fragrances “for furs” were created in 1928 by Claude Fraysse for Parfums Weil – Chinchilla Royal, Hermine, Une Fleur pour Fourrure and Zibeline. As a matter of fact, the perfume house’s founder, Marcel Weil, owned a famous furs atelier, Fourrures Weil.