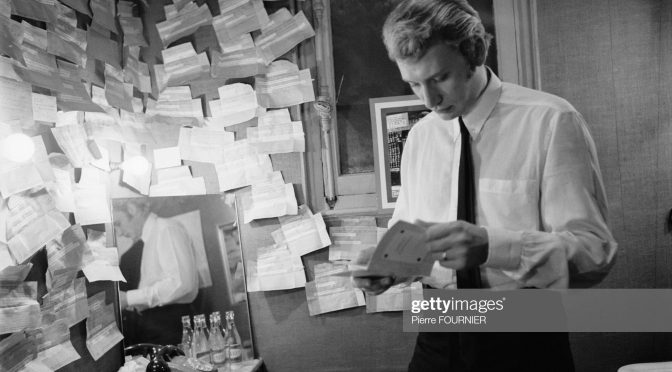 Photographer Pierre Fournier portrayed the French singer and actor Johnny Hallyday in his dressing room at the Olympia music hall in Paris in 1965. The room walls are plastered with telegrams, while two interesting bottles sit on the table.

The bottle with the tiny bow around the neck is a classic: Eau de Cologne Fraîche by Christian Dior, a citrus fragrance created by Edmund Roudnitska and launched in 1955. Probably it was this cologne that started a life-long love story between the artist and the brand (he was the face of Eau Sauvage in 2000 and attended many Dior fashion shows). 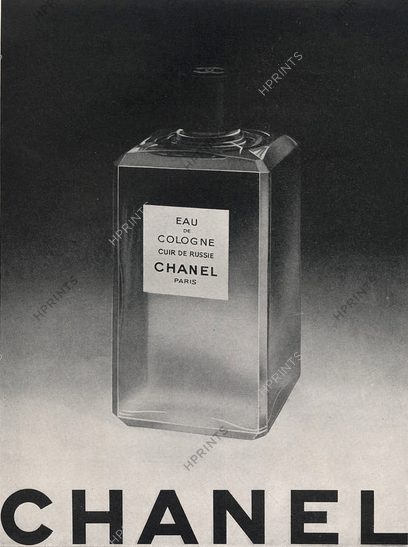 The second bottle is from another staple of Parisian perfumery: Chanel. This huge squared bottle surely contained an eau de cologne. Not sure about the exact fragrance but, judging from the lettering on the front label, it may be Cuir de Russie, created by Ernest Beaux and first launched in perfume form in 1924. 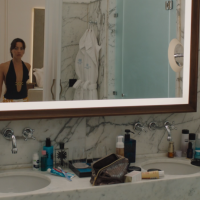