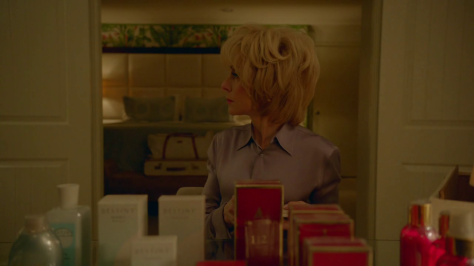 When Marilyn Miglin (Judith Light) receives a visit from the FBI in Miami, she’s getting ready to go on air with her shopping program.

On the left there are some products (hydrating bath and shower gel and cooling body lotion) and boxes from the Destiny line. 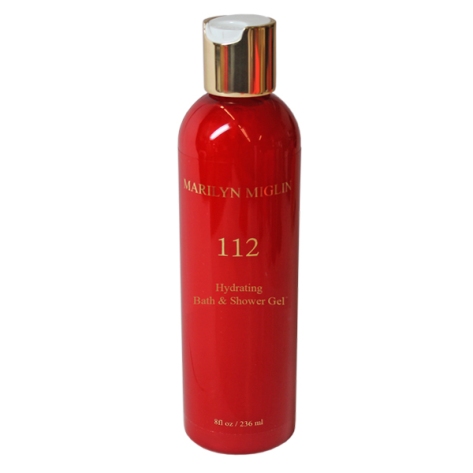 At the centre and on the right there are some boxes and products from the 112 line; among them, a bottle of hydrating bath and shower gel. 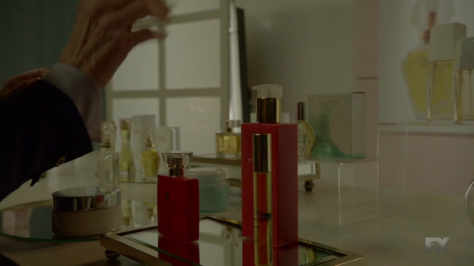 Other 112 products can be seen while she’s arranging items on a counter: there’s the eau de parfum, the body lotion and the rollerball eau de parfum. 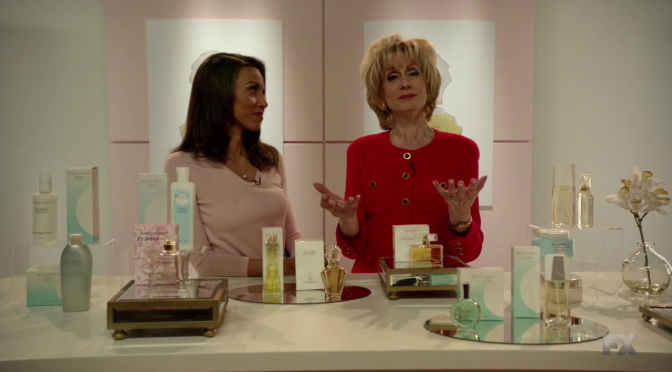 After being among the protagonists of the third episode, Marilyn Miglin (Judith Light) is featured in the season finale, too. As a businesswoman incredibly devoted to her job, she never misses her obligations, even when she gets the news that Andrew Cunanan has killed Gianni Versace.

In the scene where she’s working on tv, lots of products of her brand can be seen. Most of them are from the Destiny line. 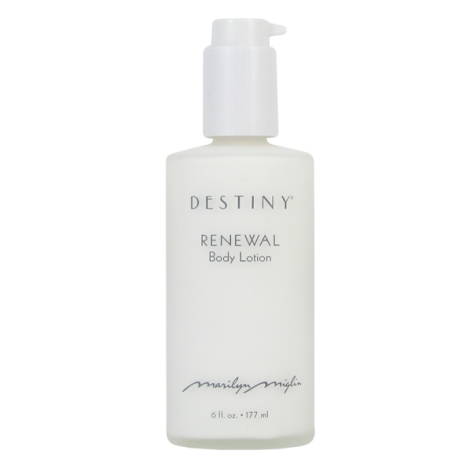 From left to right we see the renewal body lotion, the hydrating bath and shower gel and the cooling body lotion (third bottle from the left in the picture above).

There are some perfumes, too: the pink Pyjama Lily, the column-like bottle of Pheromone Musk, a bottle of Magic (more about it later) and Passionate. 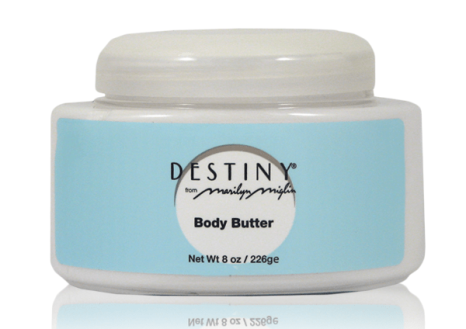 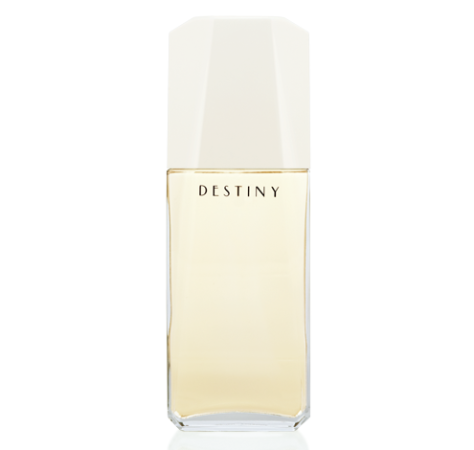 Almost all the products on the right part of the picture are, again, from the Destiny line: bath and body oil, eau de parfum, crystalline dusting powder, body butter and another bottle of eau de parfum.

Finally, the faceted bottle at the top right part of the picture is Destiny Callalily.

Magic is something special. Marilyn explains it’s the perfume someone like her father (who died when she was young) would give to someone like her mother (who took care of her family by herself) as a love token. The scene is very touching and beautifully emphasizes how positive feelings can still be true, despite the senseless tragedy of this world. 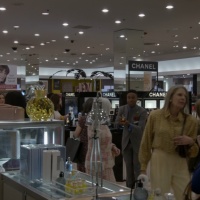