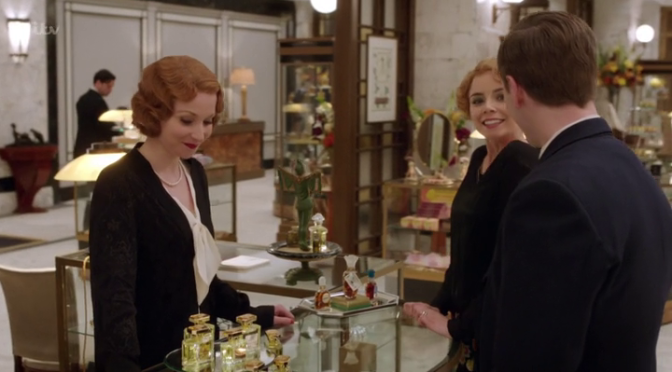 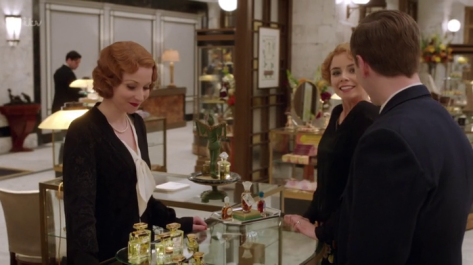 Kitty’s perfume counter is packed with Jean Patou fragrances. We can see several bottles of Joy and three smaller bottles. 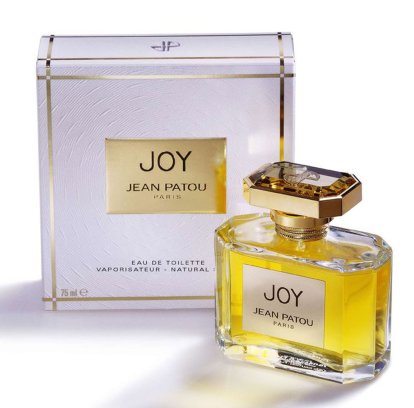 One of the most famous white floral perfumes, Joy was created by Henri Almeras and launched in 1930. 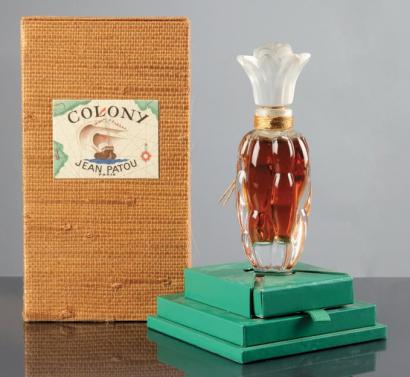 Colony, launched in 1938, is another creation by Almeras. The bottle originally had a peculiar pineapple shape. 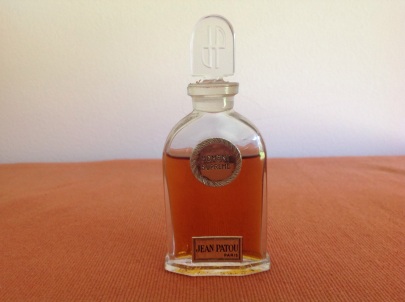 The miniature on the left is another Patou perfume, but it’s impossible to tell which. This bottle, with rounded shoulders and stopper, was used for several fragrances. The fourth season of the show is set in 1928, so we can make some assumptions: it could be Amour Amour, Que sais je? or Adieu Sagesse (all launched in 1925) or even Chaldee (launched in 1927). The point is that these assumptions are not really correct: Joy is widely shown in this scene, which is historically inaccurate (the perfume was launched in 1930, two years after the events told in the season), so the miniature above could actually contain any Patou perfume, even one launched after 1928. 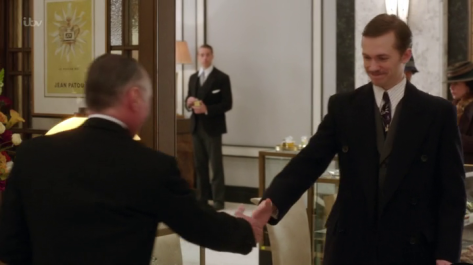 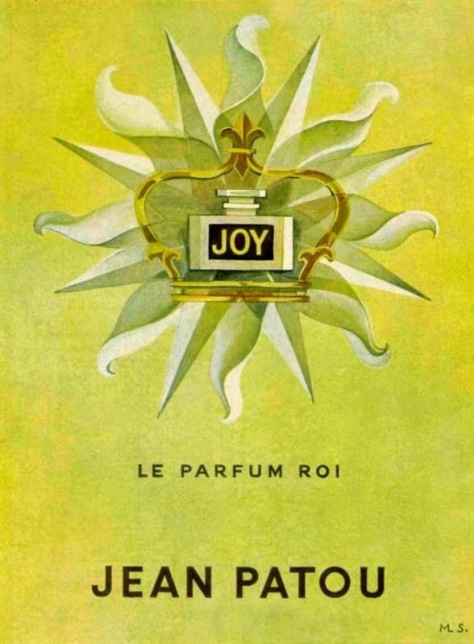 Later in the episode, a poster for Joy can be seen. Le parfum roi had a simple bottle decorated with gold leaf and gold thread around the bottle. 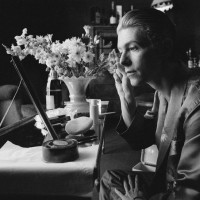 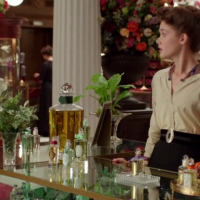 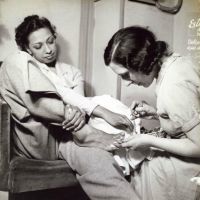 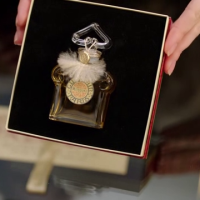 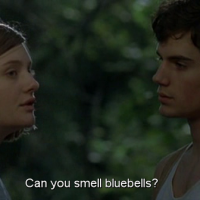 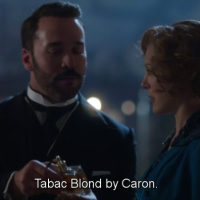