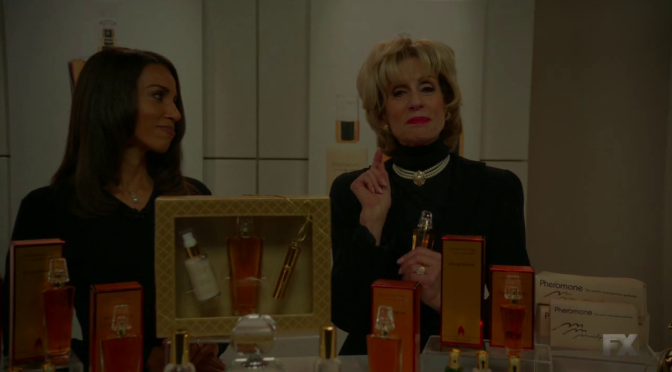 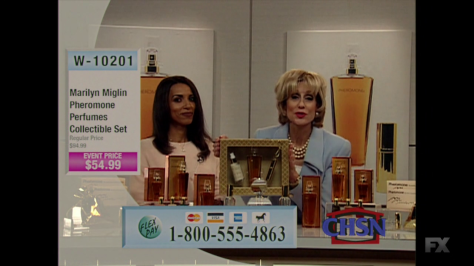 The tragedy which struck the life of the Chicago businesswoman Marilyn Miglin (her husband, the tycoon Lee Miglin, was killed by Andrew Cunanan in 1997) is told in the third episode of the tv show. Marilyn, famous for her perfume Pheromone [1], thrived in the fragrance and skincare field, so much that the brand is still on the market. 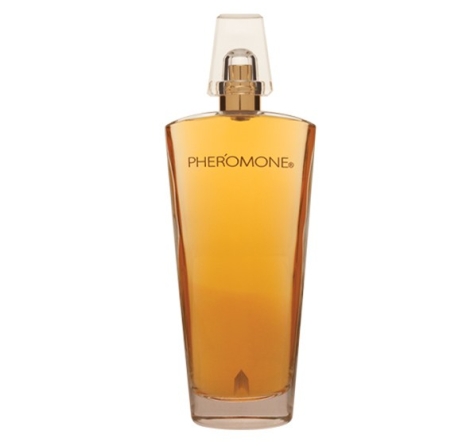 The opening scene sees the protagonist (Judith Light) on television, selling her products. The key product is the aforementioned Pheromone, which appears all through the episode. Launched in 1978, it’s based on the concept of customised fragrance: it “reacts to your body’s chemistry, creating a highly distinguishable custom fragrance,” recites the brand website.

The same bottle appears twice, in scenes set in front of Marilyn’s vanity. Miniature bottles of Miglin fragrances – Pheromone, Jasmin and Musk – can be seen, too.

In the closing scene, set again at a television studio, other Miglin products appear. 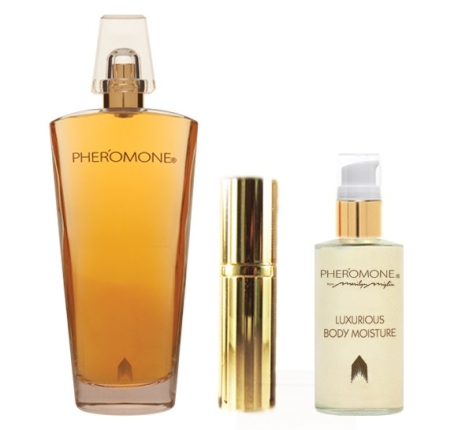 The square box contains the Pheromone Allure gift set, which includes the Luxurious body moisture, a bottle of eau de parfum and a refillable purse spray. 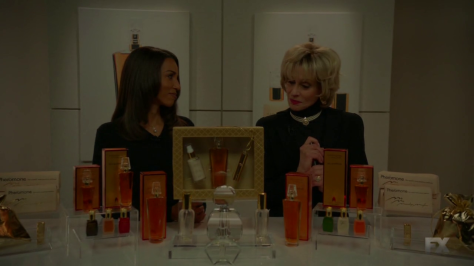 [1] If you want to learn more about this perfume, read this post by Barbara Herman.