The bottle seen on the dressing table in Ellen Kincaid’s bedroom is Evening in Paris by Bourjois, a creation by Ernest Beaux originally launched in 1928 on the American market. Thanks to the huge success it had in the U.S., it was later launched in Europe as Soir de Paris.

The choice of this particular bottle (the third from the left in the picture above) is historically correct: the wave-shaped label on cobalt blue glass was introduced in the late 1940s-early 1950s, exactly at the time in which the tv show is set (circa 1947). 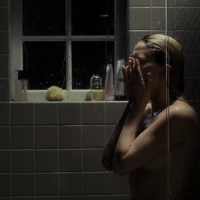