Some perfume bottles can be seen on a shelf in Veronica Rawlins’ bathroom.

The first bottle on the left is Chanel No. 5 L’Eau, a fresh flanker of the iconic French perfume created by Olivier Polge and launched in 2016.

Next, there’s Gucci Made to Measure, a men’s fragrance launched in 2013.

The green bottle is Hermès Eau de Pamplemousse Rose, a creation by the one and only Jean-Claude Ellena, launched in 2009.

Last, the tall blue bottle is Paul Smith London for Men, a creation by Antoine Lie launched in 2004.

Thanks to Scentimentalist for the Paul Smith id. 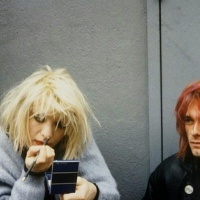