Constance Langdon (Jessica Lange) is a character from Season 1 whose return in Season 8 has been much awaited and anticipated. She was “born to be a mother”, as shown by her decision to commit suicide in the Murder House, so as to spend eternity with her beloved children (who already live in the house). She gives lots of importance to appearances and to her own look, so it’s not surprising that she re-applies her lipstick before dying.  The shade she’s using is a nude beige, reminiscent of the 1960s/1970s (decades in which she was young and desirable). 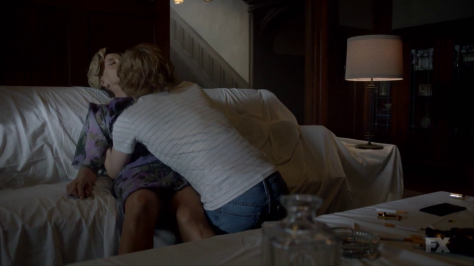 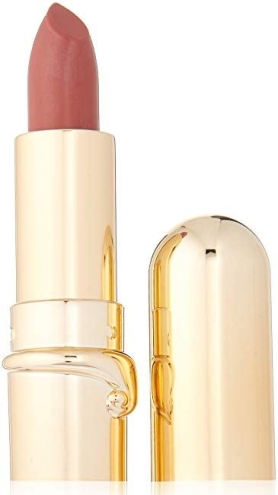 The gold tube is visible on a coffee table in the living room where her nephew Michael (Cody Fern) finds her lifeless. It’s a lipstick by Julie Hewett. The exact shade is hard to identify: it could be Annette, Biba, Simone or Odessa. 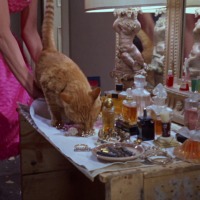 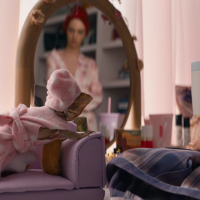