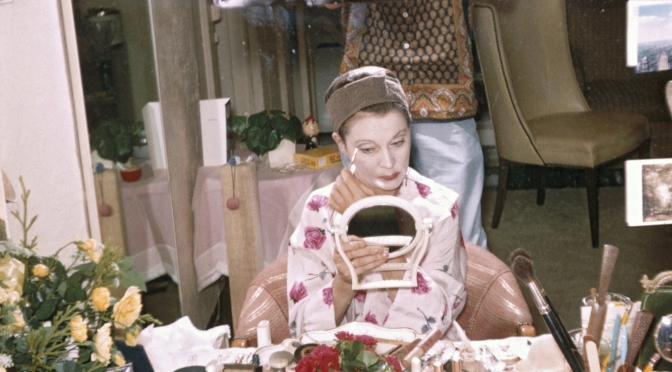 The Canadian actor Jack Merivale took this picture in 1960. He was performing as Armand in the play Duel of Angels by Christopher Fry, along with Vivien Leigh. They were at the Huntington Hartford Hotel in Pasadena during the American tour of the play. They had been partners since 1958: Merivale stayed by Vivien Leigh’s side until her death, in 1967, and supported her during the difficult last years of her life.

The picture above is very interesting. In 1960 Leigh and her second husband Lawrence Olivier divorced, but the actress still kept his pictures on her dressing table. Beauty-wise, there are three perfume bottles worth talking about.

On the left, right next to the Olivier picture in the silver photoframe, there’s a Guerlain flacon goutte. First introduced in 1923, it was used for over 30 different fragrances, so there’s no way to tell exactly which one was sitting on Leigh’s table.

Beside the flower vase there’s a Dior amphore, designed by Fernand Guéry-Colas in 1947 for Miss Dior. Later, it was used for other Dior scents, like Diorissimo, Diorling, Diorama and Diorella. Again, there’s no way to know which perfume was on Vivien’s table.

Last but not least, the perfume we can identify without any doubt: Joy by Jean Patou, the actress’ signature scent [1], first given to her as a gift by Olivier. 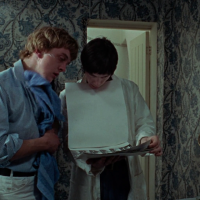