In 1994 Pray Tell (Billy Porter) works as sales assistant in the cosmetic department at Macy’s.

A factice bottle of Christian Dior Dolce Vita is displayed. This is an accurate choice because the woody fragrance, created by Pierre Bourdon and Maurice Roger, was launched exactly in 1994.

On the right side of the counter there’s also a bottle of Bijan by Bijan, a white floral eau de toilette created by Peter Bohm and launched in 1986.

Pray Tell is spraying Chanel No. 5 on customers and advertises the iconic product as a perfume that can “reawaken that passion.”

He’s spraying the eau de parfum, the 1986 version by Jacques Polges of the original fragrance created by Ernest Beaux in 1921. 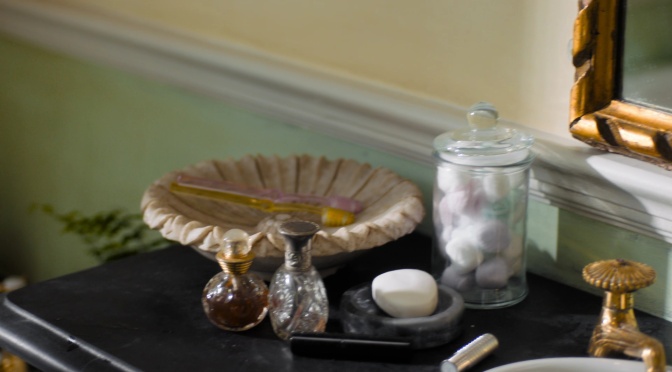 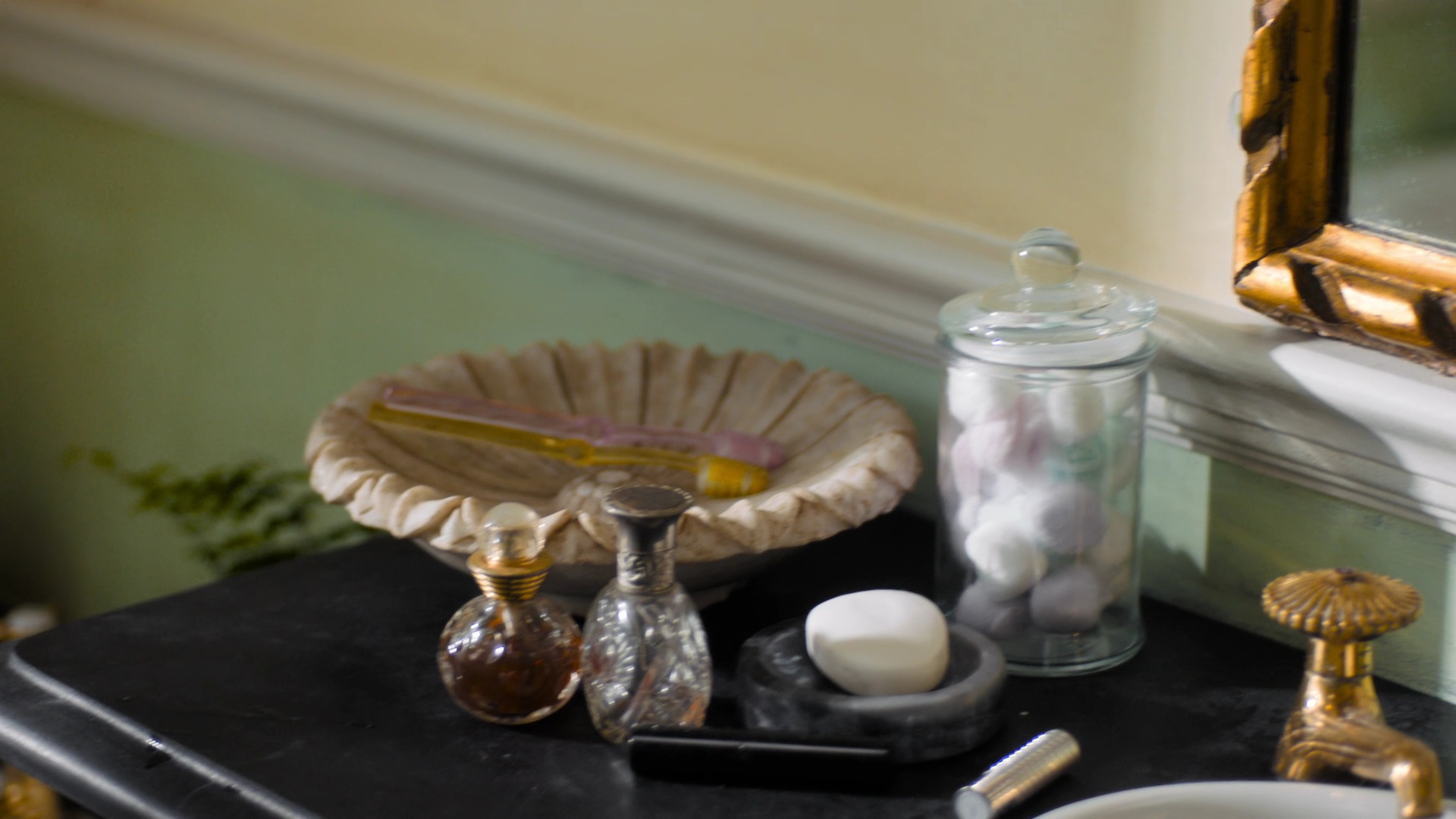 Brigitte Winkelmann is the BND officer who saves Martin Rauch from Libya by literally buying him. Now they are in Paris: she offers Martin to be a double agent, but he refuses. They’re also lovers and they fantasise about living together in East Germany.

In the bathroom of the Parisian flat they live in there are two interesting perfumes. 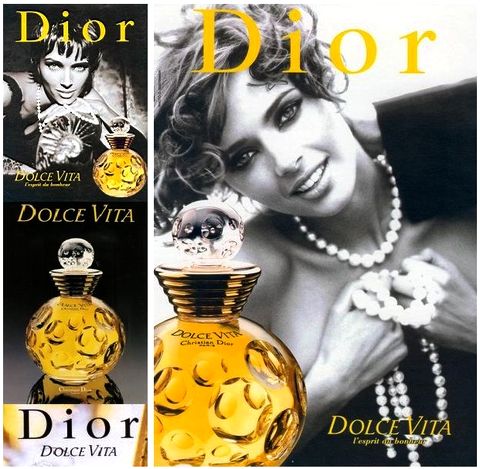 The first is the spicy-fruity Dolce Vita by Christian Dior, a creation by Pierre Bourdon and Maurice Roger. Too bad it was launched in 1994 (the show is set 8 years earlier!). I think the bottle was chosen simply as a decoration. 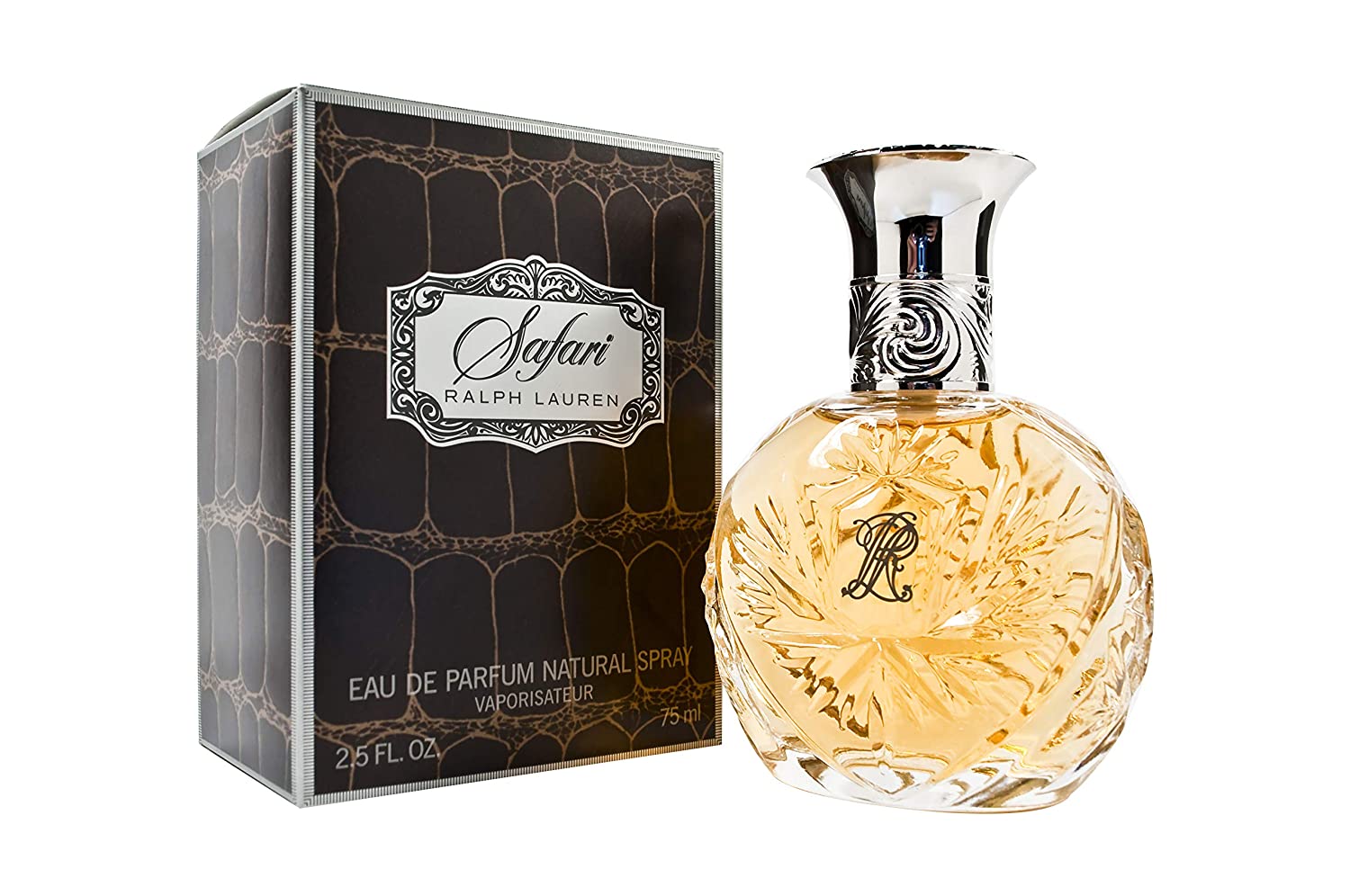 The other bottle is Safari by Ralph Lauren. Historically speaking, it’s another inaccuracy, because this perfume, created by Dominique Ropion, was launched on the market in 1990. Too recent to be sitting in a Parisian bathroom in the mid 1980s. 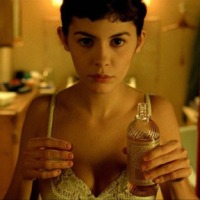 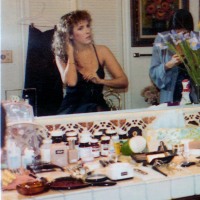 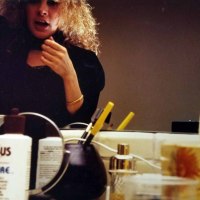 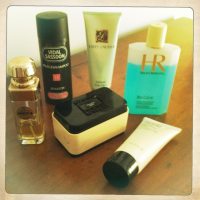